Normandy Dday Beaches with a Local

Book a private tour of the Normandy Dday Beaches. You will go back in time and follow the path of our liberators.

You can dedicate your visit to the American, British or Canadian Sector. You can also visit the main spots in a single day, but we definetely recommend to spend 2 days for who is passionate about WWII and want to know more.

We offer you the possibility of hiring private limo with English (Spanish, Italian or Portuguese) speaking driver, then you can visit at your own pace. You can ask us for our Ebook with all details about the main historic places.

You can also book an expert driver-guide who will give you all the keys, facts and historic details. We provide historical guides, WWII specialists.

If you have your own car, you can also ask for a licensed tour guide. 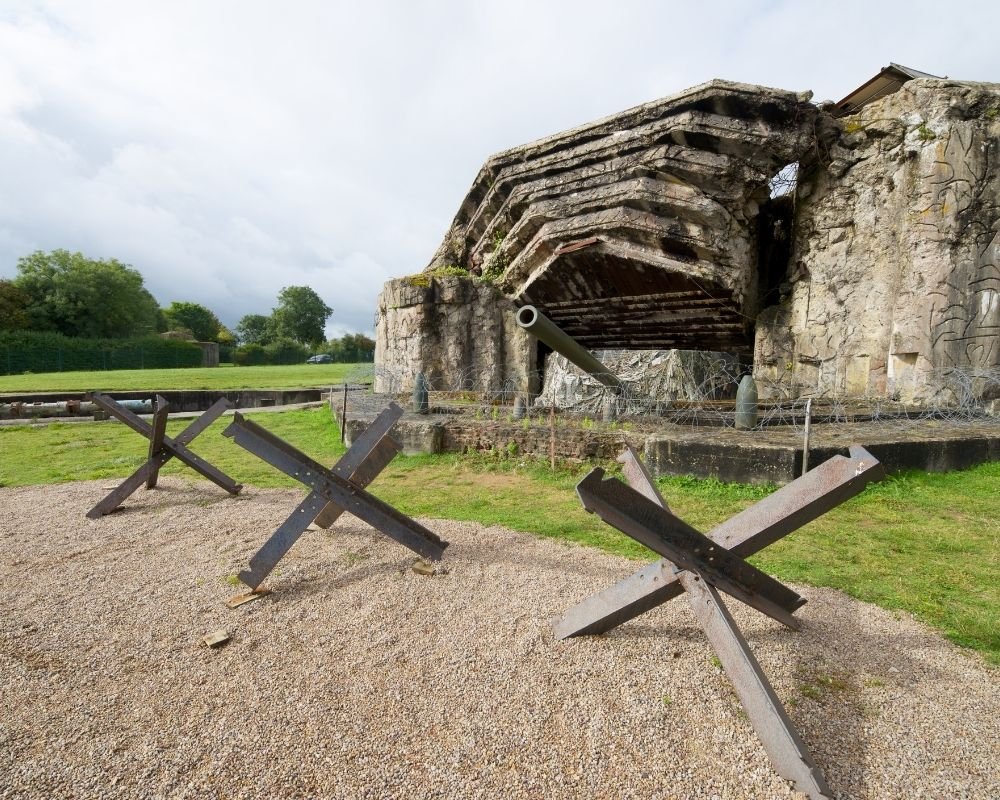 You can dedicate your trip to one particular sector (American British or Canadian). They are numerous spots, memorial, artfacts remains and very interesting museums that can fit in your program. Or you can spend one or several nights in the area to enjoy a perfect discovery of all the highlights.

Sainte Mère Eglise: Peaceful village which has seen its history change in the night of June, 6th 1944 when 82nd Airborne paratroopers liberated it. In 1962, movie “The Longest Day” released in theaters enhanced Ste Mere Eglise fame.

Pointe Du Hoc: Standing on a cliff at 100 feet high, between the two American landing beaches, you will understand why the Germans chose this place as a site for a coastal artillery battery.

Utah Beach: The most westerly and isolated of the five invasion Beaches. Utah has seen more then 23 000 men, 1700 war vehicles and 1695 tons of equipment during Overlord Operation.

Omaha Beach: Known as “Bloody Omaha”, it is the more easterly of the American sector. Omaha was a key Beach because it lay at the center of Normandy and stretched for 6 miles between Utah and Gold.

Arromanches: Kown for the “Mulberry” artificial harbour that was towed across the English Channel. The town was liberated by tthe 1st Battalion Royal Hampshire Regiment who had landed on Gold Beach.

Gold Beach: The middle of the five Allied landing Beaches streches for 10 miles. You could see monuments dedicated to the Royal Artillery and the Hertfordshire Regiment and the road that CSM Hollis with D Coy of the 6th Battalion, the Green Howards, advanced on Dday with a Cromwell and a Sherman tank.

Sword Beach: Codenamed Sword, the easternmost of the five Allied Landing Beaches  stretches for 5 miles. The coastline still held amongst the fortress of the German defences, the ruined remains of parks and villas which once formed a joyful holiday resort..

Pegasus Bridge: Located over the Caen canal at Benouville, the sector covers the Airborne Division Glider and parachute operations. There you could have a drink at the Pegasus Café which is listed as a Historic Monument as it was a first aid post after liberation.

Juno Beach: Juno sector with its 6 miles width was assaulted by the men of the Canadian 3rd Infantry Division. Visit the Juno Beach Center with its 5 rooms devoted to Canada prior to and during WWII.